2nd Annual For The Love of Norman Forever 33 Birthday Jam

Norman loved his birthday shows. Every year it was an opportunity to gather as many of his musical peers as humanly possible and throw one hell of a super jam.

Once again, this year, Norman Dimitrouleas’ peers are gathering without him. While it is sad that he is unable to join us, we plan to take this opportunity to honor our fallen friend with a birthday show like no other.

This is a fund raising event with all proceeds being equally split between Norman’s children and his favorite charity, T.J.’s Place of Hope, Inc. There will be fabulous prizes TBA later, including tickets to some of your favorite festivals this year! 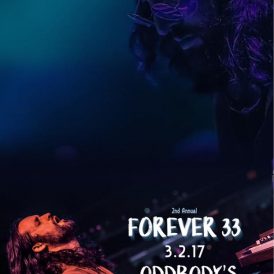