Johnny has a smoking new band called The Criminal Element that is really on the cutting edge. They can improvise better than most bands could ever hope to. This new sound has given Johnny’s always tasteful melodies a driving energy of their own. I was given a rare and intimate glimpse inside the creative studio sessions for Johnny Neel and the Criminal Element’s new album. This was quite an eye-opener to see the creative process first hand. Johnny is very meticulous in his vision of the musical soundscape, and his band always responds like seasoned veterans. After listening to hours of live shows chocked full of spontaneous great moments from the last tour, the band found enough melodies and grooves to spawn many great songs. Once the core elements were discussed and in place, the band would just do their thing and inject these jams with more positive spontaneity in the studio. This formula seems to be working well, because not only does the band love it-the world is going to love this music! 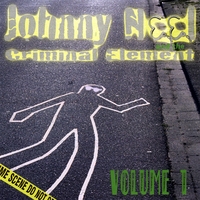